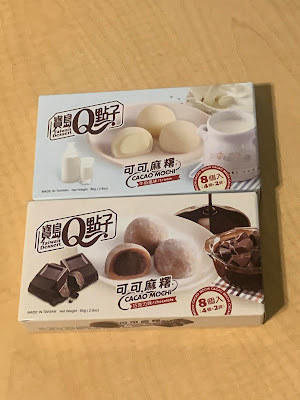 Hello, everyone,
Today this post will be about mochi! Mochi is a Japanese rice cake that is quite squichy and chewy now the box says Taiwan but according to google mochi are from Japan.
Mochi comes from all diffrent flavors and sizes and today I will be reviewing two mochi boxes that I have purchase at hottopic. 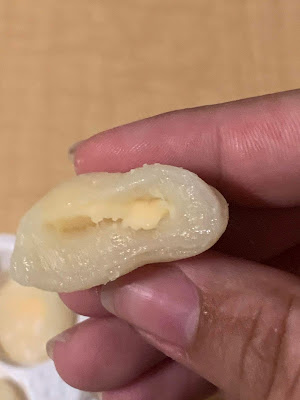 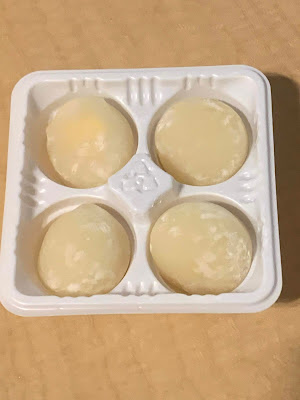 The first one that i’ve tried was the creamer. My friend told me that I would love it. I was a bit skeptical since I thought it would somehow taste like milk but surprisingly it taste a sweet creamer. I would suggest eating the mochi creamer (if that what it called) with coffee.
It very sweet as I mentioned. The filling was just perfect it dint leave a bad taste after I finish eating the mochi and by far I would purchase this one again, if only there was a little bit big bigger so I could just feel my 13 year old self finally eating some mochi. 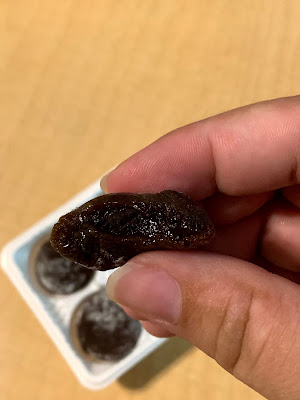 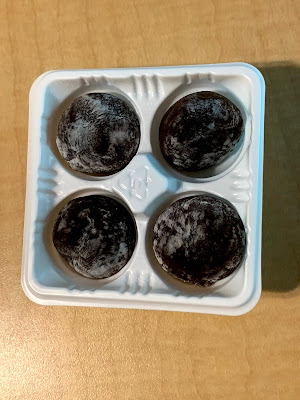 The chocolate mochi tasted good. It tasted like brownie batter but you know a little chewy but hey it mochi that the point. I thought I would like it more than the creamer but let just say I would not mind eating the chocolate4 mochi again but not a big fan of it, maybe I would try it as an ice cream if I manage to find one.
I have tried other mochi flavors before so hopefully if I manage to find some I would do more review of it!
Do you like mochi?
Previous Post: « Cosmolle Shapewear (AD)
Next Post: Sailor Moon x Skechers Sneaker Collaboration [2020] »

This error message is only visible to WordPress admins